Going vegan can provide many health benefits. Vegans have a much lower risk of type-2 diabetes than do meat-eaters – in fact, it’s not even close. Research has also shown that vegans have a slightly lower risk of cancer by virtue of our diets. Vegans also have, on average, lower cholesterol levels, blood pressure, and body fat.

Even though there are numerous benefits, there are also some important nutrition issues vegans should be aware of in order to thrive.

It is important for people trying a vegan diet to include some high-calorie, high-protein foods in order to feel satisfied.

Simply removing animal products when you go vegan is going to leave you with mostly low-calorie foods such as salads, vegetables, and fruit. Eating only these foods could quickly leave you feeling hungry and weak, and thinking a vegan diet is a real challenge.

While severe protein deficiency is nothing to worry about, not eating some high-protein plant foods could leave you craving animal products. Legumes (beans, peanuts, peas, lentils, soy), seitan, and quinoa are the best sources of protein for vegans. Include a few servings of these foods each day – maybe even each meal.

A very low-fat diet might improve someone’s health in the short term, especially if they have high cholesterol, but it might not be ideal for longer periods. If you are avoiding all added fats and you start to crave animal products, it might be time to increase the plant fats. People tend to think of animal products, and especially meat, as “protein,” but many are 50% fat.

In rare cases some vegans might not get enough fat or calories to produce adequate amounts of steroid hormones (which are produced from cholesterol). Two studies have shown vegans to have sex hormones on par with meat-eaters (1, 2), but one report showed vegan women to have lower levels of estrogen (3).

A few anecdotal reports provide some evidence that low cholesterol problems might be an issue for some vegans (see Bonzai Aphrodite’s story of regaining her health as a vegan, Facing Failing Health As A Vegan). In such cases, increasing saturated fat, such as coconut oil, could improve certain symptoms (such as increasing libido or resuming menstruation).

Although the research is still preliminary, it appears that some people do not have the genetics to do well on a high carbohydrate diet (see Dieting by DNA? Popular diets work best by genotype, research shows). For such people, an eco-Atkins diet, high in plant proteins such as soy meats, legumes, and seitan, might be a better choice.

Finally, if you find yourself craving animal products, it could be because you have a strong preference for the taste of glutamate, also known as umami (see Is Umami a Secret Ingredient of Vegan Activism? by Ginny Messina, MPH, RD).

Vitamins & Minerals: For the Long Haul

Although a vitamin or mineral deficiency is very unlikely to occur in only a few weeks or months as a vegan, there are some nutrients you need to pay attention to if you want to thrive over the long term.

Vitamin B12 in vegan diets has been a source of controversy and myths (see Vitamin B12: Are You Getting It?). Although it rarely happens quickly, if you don’t get a reliable source of vitamin B12 through fortified foods or supplements, the chances are high that you will eventually find your health suffering.

The need for calcium on vegan diets has also been surrounded by misleading claims with many vegan advocates saying that animal protein, including milk, is the main cause of osteoporosis in Western countries. Following this logic, it would make sense that vegans do not need to worry about osteoporosis since we don’t eat animal protein. The research actually shows that vegans, like non-vegans, should try to meet the same calcium recommendations as the greater population (more info). Vegan diets tend to contain much less calcium than other diets, so we must make an effort to include good sources on a daily basis.

More often than not, vegans who are experiencing severe fatigue are suffering from vitamin D deficiency. This is not just a vegan problem as many people develop vitamin D deficiency, partially as a result of avoiding the sun. But vegans are at a slight disadvantage, on average, because we get less vitamin D in our diets. Make sure that you have a reliable source of vitamin D.

Although it appears to be a small percentage, some women develop iron-deficiency anemia after going vegan. If you think you are at risk, see the article, Iron, for tips on increasing iron absorption from plants.

Iodine is a nutrient that most vegans rarely think about but a 2011 study showed that some vegans do not get enough. Especially if you eat soy, you should make sure you have a source of iodine (either from seaweed, a supplement, or iodized salt).

DHA is an omega-3 fatty acid that is important for cognition. A short time on a vegan diet is not likely to cause any sort of deficiency, but long-term vegans should make sure they’re getting enough omega-3s.

Finally, some vegans might not get enough vitamin A and zinc, depending on their dietary choices. Vitamin A is easy to get through orange vegetables, though eating them daily is critical to this strategy. Zinc is trickier and some vegans just opt for a modest supplement of 50-100% of the RDA.

Some plant foods are high in oxalate and spinach is extremely high. For most vegans, oxalate won’t be a problem, but if you decide to start juicing or blending your greens, make sure you don’t consistently use large amounts of the high oxalate greens (spinach, swiss chard, and beet greens) – doing so could result in a kidney stone.

If you’d like to know more about what foods to eat when going vegan, rather than what nutrients to eat, check out books below.

Good luck – and may you thrive on a vegan diet! 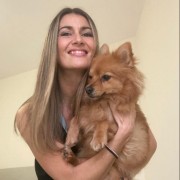 Claire is a nutritionist based in Los Angeles, California. She has written for HuffPost, Live Science, Vice, Fox News, and other outlets. She is a vegan and has an on-again, off-again relationship with Crossfit, which has actually not been enhanced by the addition of an adorable dog, Daisy, who prefers naps and sleeping in to any kind of exercise.

What Clean Eating Means to Me

What Clean Eating Means to Me

A Girls Guide To Weight Training

This website uses cookies to improve your experience while you navigate through the website. Out of these, the cookies that are categorized as necessary are stored on your browser as they are essential for the working of basic functionalities of the website. We also use third-party cookies that help us analyze and understand how you use this website. These cookies will be stored in your browser only with your consent. You also have the option to opt-out of these cookies. But opting out of some of these cookies may affect your browsing experience.
Necessary Always Enabled

Performance cookies are used to understand and analyze the key performance indexes of the website which helps in delivering a better user experience for the visitors.

Analytical cookies are used to understand how visitors interact with the website. These cookies help provide information on metrics the number of visitors, bounce rate, traffic source, etc.

Advertisement cookies are used to provide visitors with relevant ads and marketing campaigns. These cookies track visitors across websites and collect information to provide customized ads.

Other uncategorized cookies are those that are being analyzed and have not been classified into a category as yet.